I was meandering home from school, probably daydreaming, as my best friend’s older brother pulled up alongside me. I thought it coincidental, for we’d never had reason to share space, although opportunities had been abound. Later as an afterthought to these unfolding events, I noticed he never kept company with any of his peers, before or after. Greg my classmate would on occasion invite me to their backyard to play in the homemade fort-clubhouse, ingeniously picturesquely placed, prototypically designed into the heart of a marvellous gigantic oak tree. If Greg was tall, lanky, say scrawny, developmentally challenged and somewhat effeminate well Gerrard in grade six and three years older was his opposite. Why on this day he chose to interact I couldn’t begin to conjecture but if writing fiction, we could branch into many directions. Maybe he didn’t like me playing in the clubhouse, that he maybe helped build. Could have been maybe anything. Some people just don’t like me. With sidewalk, we were approaching the southeast knee high brick wall protecting the grass and foliage of the Ukrainian church property when he began with inflammatory comment’s, directed at my mother. Boys do that, “them’s be fightin’ words”. Father we could care less, mother, well any self respecting boy knows we go to war for mom. I was afraid, for it felt as if I was going to suffer a consequential pummelling if I didn’t demure. 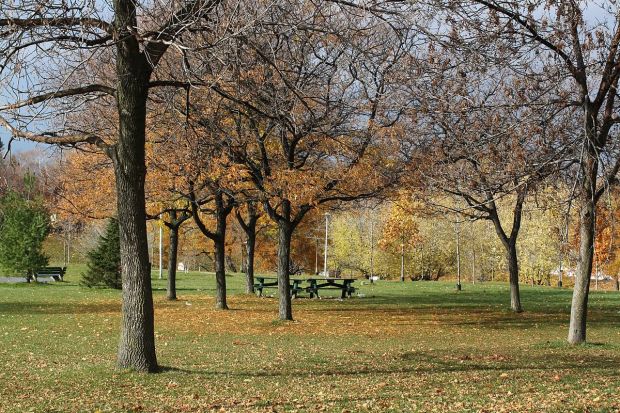 When in a fight you can never anticipate an opponents preferred approach to homicide, should they relish in your permanent departure. For Gerrard, I was to discover the thrill was suffocation and I’m guessing the entailing, bulging eyes, squirming, shaking, deafening silence, and at conclusion, a breathless body. He could have chosen any number of methods to victimize but this seemed to be a true and tried form of assault. Or maybe he was a natural.

I made my one obligatory derogatory rebuttal as we passed in front of the religious icons that graced the temple of goodness, as if a movie about mob and then ran like hell. Most of my calculations were correct except for the split-second I failed from fear in opening the wooden side door that would lead between two walls to my backyard and safety. The pursuit, as you knew there had to be, was about fifty yards, or we’d be without story. The lower hinges mounting the door and the brick that secured it’s workings came to serve as headboard as I lay there on concrete tile with his hands grasping my delicate neck. Breathless from dashing I resisted furiously, and let’s face it, all living cells that manufacture your body are alerted to the highest level of defensive.  The use of leverage, some prying and praying, eventually something inside an unknown length of time, interrupted his progress, fortuitously.

When I got in the house to my waiting mother and our boarder’s who were visiting, my symptom’s were, grateful to be alive, still gasping for air, finger marks and a broken voice. It wasn’t much, before my mother was on her way, the ten house’s up the street to confront my perpetrator’s birth giver. There she received an assorted continuation of we are stupid immigrant’s, my kids are decent and I’ll report your family to the school. In turn my mother told them not to touch her child again. In recalling this fifty year old incident, I took this statement to mean, “or else”. 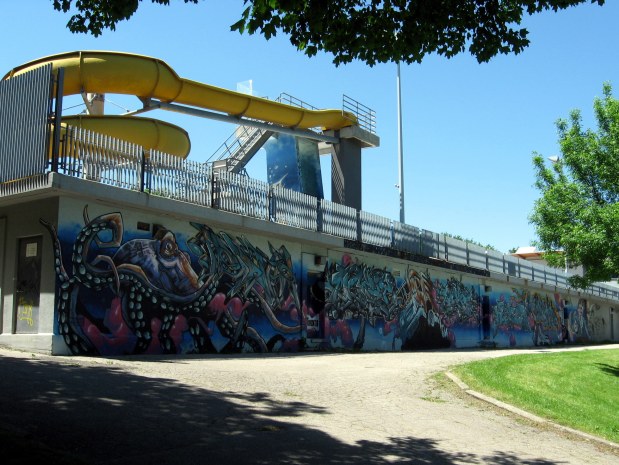 The time frame and some of the conditions aren’t certain but other aspects are etched forever in my memory. It was some several weeks after schools end, without a follow up incident and of course I was providing a wide berth to all member’s of the hostile family. It was the middle of summer break and a nice day for our regular daily activity of visiting Christie Pits with my mom. We were using the well worn path that passed the entrance of our Olympic size community pool and then proceeded along it’s outer perimeter with expectations of a happy visit to the children’s playground at the far end. We were moving along the north wall, turned right along the east wall and there inside the asphalted nook we find the two brother’s playing with an Indian rubber ball. The surprise in accidentally coming upon them and with my mother beside, wasn’t deterent to Gerrard directing a snarl and growl toward’s us. To avoid walking through them I ushered my resistant mother out and away from where they were playing and down a small ridge around them to the grassy area that made up most of our grand park.

Overtaken by the spirit of the moment, Gerrard couldn’t resist whipping the Indian rubber ball with vigour against the Christie Pits pool building. Feigning play as disguise, on two bounces his trajectory was likely intended to scare but if it happened to strike so much the better. I was avoiding looking at them, ignoring any potential taunting and sure enough fate would have it, that ball catches from the side, my right eye. From that distance I considered it a terrible miracle. For him. Instantly a welt and one seriously pissed off mother. If I wasn’t concerned about her charging over to destroy this punk, I may have felt some discernible pain but I grabbed her hand and pulled her toward the playground, repeatedly telling her to forget it. Of course Gerrard was enjoying the trauma and Greg my friend was between a rock and hard place.

Despite everything all was forgotten, with the passing of some hours, as we had fun and began heading home. We re-remembered the negative on passing  the area of incident. Seemingly, gratefully, the boys were long gone. Instead of retracing our approach we switched our direction and proceeded around the northwest baseball diamond, as it wasn’t being used. Coincidentally at some point I took a peek back and low and behold they were behind us unaware that we were out front. What possessed me to begin scheming the destruction of my nemesis?

After effusive debate I sent my mother ahead, so that during my planned point of contact with the enemy, she would be arriving at the peak of the steep hill that is the north side of Christie Pits. Convincing her was a tedious chore but thankfully she submitted and probably began internalizing a plan of her own. I certainly wasn’t going to use her in an ambush but I’m sure she thought herself close enough to double back and club him, if needed. I was giving up speed, to reflect their pace and they were still unaware of my now, hovering. I was banking a considerable amount of capital on the one clear advantage of him needing to attack upward and I defend downward. They reached the foot of the hill and had begun pushing themselves forward for the climb. All the while, I noticed, amused with the horde of dandelions under their feet. I had begun slowly striding horizontally across the hill and my mother was mimicking my movements some 30 meters away. I had him lined-up for one good hook. I was craving it. 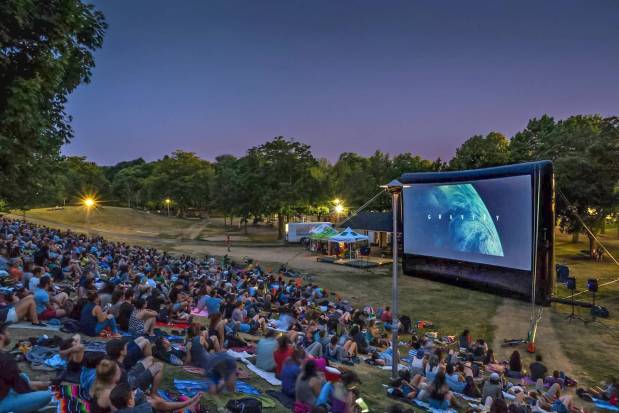 I’ve visited my old neighbourhood many times over the ensuing decades, more often to reminisce, having moved in 69 to the suburbs. It transforms in intervals with the arrival of a never-ending stream of immigrants from alternating hemisphere’s and the clash of a population with lower than average income. During one stretch I found shocking to find the Pits was dangerously inundated with used syringes, but they cleaned it up and it’s currently in a decent cycle. So it was unusual that as I hovered the side of the hill, that I would unexpectedly come upon two empty, flattened, crushed, pop cans. The Gods. Mere seconds after picking up and placing one in each hand and behind my back, Gerrard as anticipated, finally became joyously dementedly aware and charged. As he grunted forward up the hill like a Viking, all I could see was the top of his noggin and when he was one additional than my arm length away,  I released the can from my right hand to his left, ascending head of hair. Blood gushed out, grabbing both sides of his head he began feeling the flood of warmth spreading into his left hand and began squealing. That empty can did some serious damage. In my defence, who knew. I was out of there like a jack-rabbit. My mother at that distance surely witnessed the howling and on his knees clutching. However, the Shakespearean scene was more personal for me and having nearly instantly reached her, I behaved as if I was merely hiding a messy room. “Lets go”. I don’t believe my mother would have left a child to die even if it was the devil himself. I wouldn’t ask Bonnie this question in this stage in her life. Unnecessary.

Some hours later I was relieved that Gerrard’s mother was at our door screaming obscenities, half of which my mother likely didn’t understand. Thankfully I didn’t perform manslaughter, as it would obviously have  altered my life incomprehensibly. The beginning of school year I joined a gang, primarily for protection, although some were involved in petty crimes, I abstained. Also early mornings Saturday during the warm months at the Pits hundreds of boys would gather at the entrance of the pool before opening and box with gloves at the makeshift club. I had two fights and got clocked in both. I never used a weapon against anyone after the incidents with Gerrard. Only my hands and always to defend, except once. Greg and I never renewed our friendship. He was a defenceless victim. 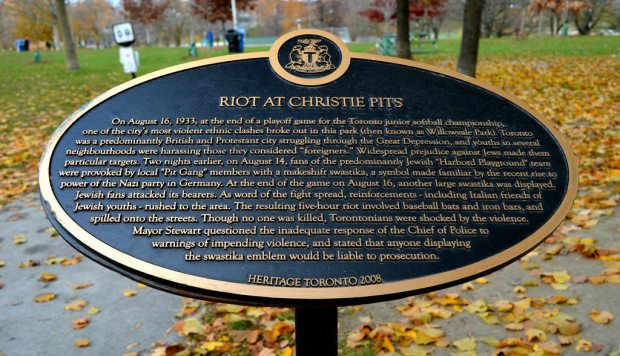