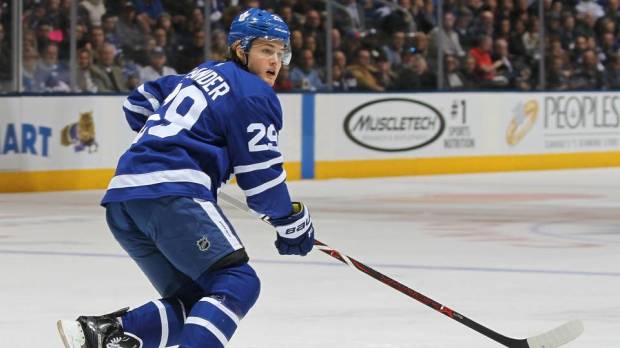 As an avid Hockey Fan and former amateur player that had considerable training in the sport I loved, I felt compelled to address the injury to Auston Matthews. Arm-chair critics are part and parcel of enjoying professional sports. Remove the crazed devotee’s right to analyze the preferred route to victory and I’ll show you empty stadium’s. It may seem that a patriots banter has non-existent or infinitesimal impact on the final outcome of his teams success. I beg to differ. The collective hum that crescendo’s during a foyer into the playoffs is a result that can be directly attributed to 100’s of thousands, upon millions of conversations that take place among fellow citizens during the course of a year, years, decades and in some of our (head)cases lifetime. We don”t care hockey is a business and we feel we deserve to win because, well, Toronto fans know hockey better than anyone on Earth and I’ll give Montreal fans maybe a close second. You can take-up the fight for second with the Boston fans.  Say Whatttttttttttttttttttt? Yes I’m saying it! We know hockey like nobody else. Therein lies the problem with Toronto ownership and management, it simply isn’t interested in appeasing it’s customer base because they believe they’re smarter than their fans. To them we’re mere dolts. It’s either that or they’re simply not trying to win as a way to irritate us, going on now for over fifty years. Which stigma do they prefer to live with. I’m seeing serious cases of sports related PTSD in our population. Thank God for Cito Gaston and the Blue Jays two World Series wins. A smidgen of relief. We want Stanley. We deserve Stanley. We need Stanley. And Repeatedly.

My two sense(cents) on this particular occasion, in the off chance there may be other times I need to express myself in the sports arena, finds it’s beginnings as a busboy at George Bigliardi’s in the late 1970’s. This restaurant unknown to today’s era of enthusiasts had a location up the street from the old Maple Leaf Gardens and was frequented by leaf players, most notable being Borje Salming. I delivered many orders of pickles and garlic bread with cheese to leafs eminent attackers and defenders. A decade earlier, my father a thriving business owner and a lover of a sport he never witnessed or having knowledge of prior to immigrating to Canada, would dress me up in Sunday church, tailor made, best suits and ties, make our way many an evening with Gold, Red or Blue tickets in hand, to the shrine on college street, to see our hero’s. Dad would often attempt to  upgrade with scalpers because he found it thrilling to barter and loved being on top of the action. I remember my awe, as a child who didn’t play a musical instrument would, approaching the Gardens, snow falling in full darkness, anticipating the lighted hollywood like marquee, denoting which great team we were playing. We would park blocks away and funny it was, the chaos of attendant’s seemingly begging to usher our car into their already full spaces. As we walked with a quickened pace closer to the epicentre the crowd grew in volume and momentum, the excitement became palpable, the expected euphoria, the worshipping and the end game; “the agony of defeat or the thrill of victory”. I saw plenty of spilt blood during those times when helmets weren’t in vogue. Gladiators all, speed demons, Tim Horton, Bauby Baun, and Dave Keon became my idols. My bad. That’s the way it was.

Later came those period’s of extreme losing and I found it necessary to adopt a foreign team to shelter myself from the constant bombardment of our inadequacies. The North Stars during the Craig Hartsburg years, Oilers and Coffey, Chicago and Toews, New Jersey and Scott Stevens, and most recently the Bruins and Lucic served as temporary replacements in an attempt to prolong my season and love of game; but I’ve been left wanting since 67.  The guilt I’d feel, employed as a waiter, serving leaf Captain’s including Clark, Gilmour and for several years Sundin, secretly believing they had no chance, was sometimes overwhelming. I’m a practical person and it’s impossible for me to lie to myself when evidence and experience suggest particular outcomes. I coached Bantam boys for several years and the ability to asses your teams strength’s and weaknesses, relative to the opposing force is critical if your expecting to win. In Sundin’s case I reverted back to being a leaf fan because he made everyone in his orbit feel like a part of our team. No better a human being, always respectful, a leader, loyal, sincere, intelligent and able to throw around and receive humour, clean and with effect. Had the Leafs been serious about winning, they’d have thrown something extra into the pot, to put us over the top.

Calgary, Leaf game start’s in 20 minutes. First game this year without one of our stars. Wait, what am I on about? Nylander. He hasn’t played a game this year. Is this guy injured? No, no he’s not. Management has decided to play head games with my favourite Leaf. It’s not just me. Went out a few days ago to watch the game at a local (The Congress) and was surprised to find many, of likeminded opinion. I see our sports columnists are at it again. Trashing the wrong guy. Let me sum it up quickly. Tavares isn’t worth 11 and we have to live with it. As an upgrade in the face-off circle and playing in the dirty areas he’s a justified replacement for Bozak and van Reimsdyk. He adds skill and speed in the neutral zone and does well along the boards. However, without a strong line above him he can be easy to isolate and liquidate. Right about now he must be getting nervous because without Nylander and Matthews last years Islander team was stronger and went nowhere. Matthews has a fresh reality facing him and I myself, until this recent injury, thought he would  be an independently elite player. The guy has the fastest and most accurate hands I’ve seen on any hockey player and likely the working of his shoulder joints are in part responsible for this skill set but also leave him prone in that area of the body, to easy injury. We need to recognize his worth as a sniper and field marshall and that he volunteered himself for hand to hand combat with Trouba is admirable, but ill advised. Matthews is also a superior high-speed tactician, capable of reading the game in totality, all over the rink. His defensive acumen equals Boston’s Bergeron-Cleary and for this reason I’d argue against spending expensively for a right handed defenseman. Again, however, “no man is an island” and a “man needs to know his limitations”. I love Western’s and analogous to Matthews situation is an obscure movie I haven’t seen in a long time. If I remember correctly two sheriff’s or two friends, debilitated by injury, are naturally, pursued by three evil cowboys who want to send them to Boot Hill. Their conundrum, a fire has rendered one man without the use of his hands and the other blind. Individually or together the two gunslingers would have little difficulty disposing the violence in pursuit but their injuries leave them vulnerable. In mulling their predicament, they hatch a plan , with one friend as the eyes and the other as motion. For days, prior to confrontation, they stand side by side, shooting practice with one telling the other the position of targets on an imaginary clock inside the visionless gunslingers mind. High noon arrives on an open field and finds the three villains incredulous as to the gumption of their two disabled nemesis. As the three spread out to engulf them, the sheriff  with vision, maneuvers his blind cohort and adversaries, calculating the variable fluidity of motion to a position that presupposes one enemy combatant to stand at directly 12 o’clock . The other two, soon to be victims are trickier, as one is stationed a little after two o’clock and the other a few minutes before ten, the position of death taking into account depth perception. Elevation is naturally above belt high in the gut or chest area. Good movie and viable!

“Dance with the one that brought you”. Before Leafs went and picked up Tavares they should have signed or understood what it would have taken to sign their core players. Leafs were a Stanley Cup Team last year. Of course we are on some kind of scheduled help program and in our infinite wisdom picked up Plekanec. We wouldn’t want to win too soon, like when the opportunity presented itself. One fast, heavy forward and defenseman of similar quality,  not capable of scoring and I couldn’t care if they knew what building they were in, but could dole out a timely, clean, thunderous body check was all we needed. When the hunter becomes the hunted.  Khamarov and Polak were the right concept but a bit too slow in their respective positions to execute the needed threat. We had the money. Am I right, didn’t we have extra money, under the cap? Plekanec? When Toronto has to pick up a rental from Montreal, well you know it’s just wrong. We already had plenty of Plekanec on the team, that are multiple times better and younger. Anyyyyywayyyyy that’s done. Nylander, Nylander, wherefore art thou Nylander? Matthews and Nylander with Hyman or Marleau or Ginger Rogers truly wouldn’t matter who’d be the third. Marner, Kadri, Tavares, Matthews, Nylander, Gardiner and Captain Rielly. None of them are a Crosby or McDavid, but together they could be a work of art. Figure out the money and live and win together or lose separately and alone. Worst comes to worse I could be a Carolina Hurricanes fan soon. Where Nylander goes, I go. It’s just wrong, wrong, wrong. Prediction: Washington repeat, unless Nylander comes home. Spring is just around the corner and no better time for my team to be in the heat of battle, at long last. Hey Nyllie, my friends and I want some Stanley tickets and we like taking the subway. 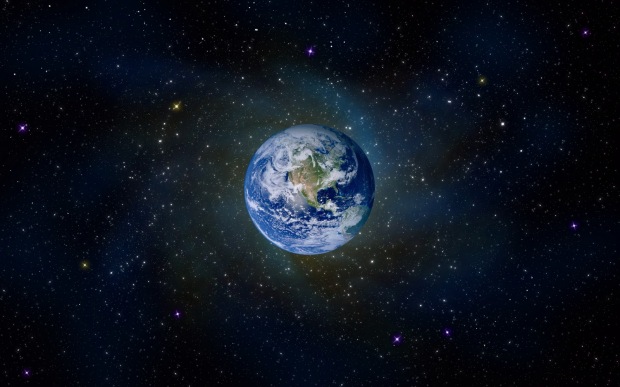 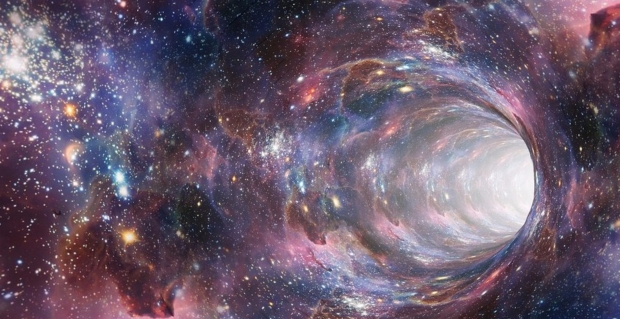 3300 Don Mills Road
Hours are not predictable (all hours of day or night are possible). But when we are sleeping please do not disturb.
%d bloggers like this: